Video: Cubs Quade: “The sun’s been in the same damn spot” at Wrigley Field 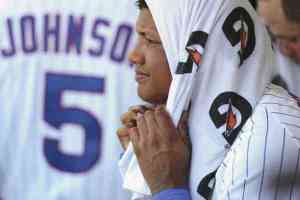 Castro Should Be Hiding After Today's Game Photo: Chicago Tribune

No news that the Philadelphia Phillies trounced the Chicago Cubs at Wrigley Field this afternoon, 9-1. As we know, the Cubs tend to be the laziest team in baseball, completely obvious to the fact that people pay their hard-earned dollars to fund their lavish lifestyles. During today’s game, Cubs starter Ryan Dempster gave up six runs on seven hits in only three frames. Poor Ryan wasn’t helped by his teammates during the first inning. Shortstop Starlin Castro waved off second baseman Darwin Barney on a pop fly by Phillies third baseman Michael Martinez with one out and lost the ball in the sun, allowing it to fall in for a single. That lead to two-run first inning and was quickly followed by a three-run second. Manager Mike Quade has finally had enough. WATCH THE VIDEO HERE.

“We’ve got to stop,” Quade said. “Ball’s in the sun, we’ve got to communicate. Cassie thought he had that all the way. I look back at this whole game to that play. The sun’s been in the same damn spot for however long Wrigley Field’s been here. … Those are two talented kids in the middle of the diamond. We make enough mistakes, but it’s so important for those guys to play well.”

1 Response to Video: Cubs Quade: “The sun’s been in the same damn spot” at Wrigley Field