Phillies Kyle Kendrick’s World Series Ring Found in a MENTOS Can Buried in a Swamp! 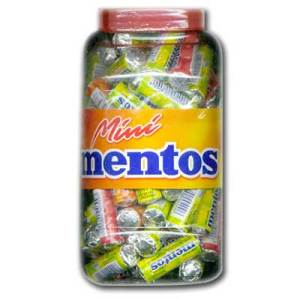 The Perfect Place to Stash a World Series Ring

The bizarre case of the bulglary that took place at Philadelphia Phillies Kyle Kendrick suburban Seattle home in late March is starting to see some progress with the recovery of his 2008 World Series ring. According to a report from the Snohomish County sheriff’s office, deputies found the ring on a tip and returned it to police in Kendrick’s hometown, Mt. Vernon, Wash. Apparently the ring was located at the bottom of a swamp in a Mentos container after a lengthy investigation

Everett, Wash. police earlier recovered Kendrick’s 2009 NL championship ring in the vehicle of a 33-year-old Arlington man, who they arrested. While several gloves, jersey and other memoribilia have been recovered, many are still missing.

Rebecca Hover, a sheriff’s spokeswoman issued an email statement: “Our deputies developed information that the ring might be in Snohomish County. On Tuesday night, they contacted a man known to law enforcement. He led them to a swampy area in Bothell [in Snohomish County] where the ring was hidden.” “The man has not been arrested yet,” Hover said. “Our investigation of possession of stolen property continues. I don’t know the man’s age; he moves around the county quite a bit so I don’t have a city of residence for him, either.” After that “person of interest” description, is there anything more left to say?