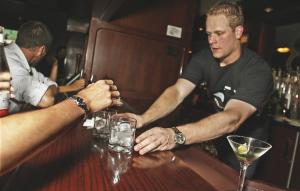 During his most recent ESPN radio appearance, Minnesota Twins’ manager Ron Gardenhire conceded that it’s hightly unlikely that first baseman Justin Morneau would return in 2010. The Twins and Target Field faithful had hoped that Morneau, who has been sidelined since July 7 with a concussion, would see action during October. Gardenhire said, “I don’t see how it can possibly happen for him,” regarding a September or October return. Gardenhire added, “I hope I’m wrong.”